Microsoft Office is the application suite of choice for most small businesses, even though there are free alternatives available.

But the problem is that Microsoft Office can be expensive to buy, which tempts some people into trying to download it free.

There’s no legitimate or legal way to download Microsoft Office without paying for it, although it can be far more affordable when purchased on subscription.

The problem is business owners are convinced it’s expensive, so they look for other more affordable options.

So what other options are there?

The first place to start is by looking at the Office 365/Microsoft Office alternatives that you can download free of charge.

Most of these include a version of Word, Excel and PowerPoint, at the very least.

But what if you’re a creature of habit and want to stick with the applications you’re familiar with?

What you’ll realize is that pretty much anyone can afford a legitimate Microsoft Office licence.

It just requires a little bit of lateral thinking, and not shopping in your local chain computer store.

Microsoft Office Professional 2019 is available on Amazon right now for the tidy sum of $399.

Even Microsoft Home and Business costs at least $265.

The latest version of any Microsoft product is always going to be stupidly expensive.

So the simple solution here is…don’t get the latest version.

The first reason to not do that that is financial, but an even more important one is that Microsoft built its entire business on the MVP (minimum viable product) model.

And that includes their Microsoft Office product.

In plain English, this means they release software they know has bugs (so do 90% of other software companies, to be fair) but nothing so serious it would stop you using their Office apps on a day-to-day basis.

Then when all the bug reports come in from the beta testers who paid full price for the software (you), Microsoft rolls out an update or service pack, or whatever the hell it is they do these days.

And by the time they’ve finished fixing all the major bugs…it’s time to release a brand new version of the Office suite from the Microsoft store.

So instead of trying to figure out how you can pay almost $400 right now for a shiny new Office 2019 license, why not look at older versions instead?

If you’re willing to travel a little bit further back in time you’ll find Office 2003 for as little as $20.

Okay, so you’ll be using older software, but it will have 95% of the same functionality as the 2019 version that costs over $300 more.

The only real downside is that neither of these products is supported any more.

So you won’t get any patches or updates.

Office 2019 is undoubtedly amazing, but let’s face facts – if you only need Word, Excel and PowerPoint…does it really matter?

But there is another way to get the latest Office software without having to sell a kidney on the black market.

Note: We also do not condone or encourage the sale of human organs on the black market…because that’s just weird…and illegal. 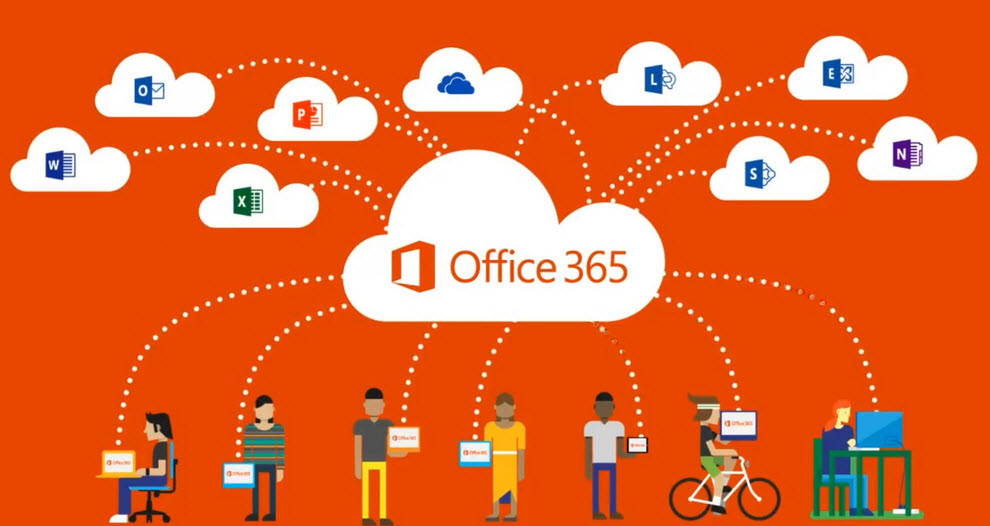 This includes 1TB of OneDrive cloud storage for all of your files, but you can store them locally too if you prefer.

Microsoft eventually figured out that it’s far easier to get people to pay $10 per month forever for a product than $300 up-front.

And what I mean by that is an Office 365 Business subscription costs $8.25per month.

For that, you get Word, Excel, PowerPoint, Access, Outlook, and the 1GB of storage we mentioned earlier.

Oh and that license covers up to 6 users across multiple devices.

For all the Office apps you could possibly need.

Basically, you’re renting Microsoft Office instead of buying it outright.

This will be far more expensive for you in the long term e.g. 5 years of Microsoft 365 usage will cost you $700 in total.

But it also means you can get access to the full Office suite right now for almost nothing.

About what you’d pay for a 12-pack of beers.

Or anything else that costs roughly $10 – you get what we’re saying here.

Anyways the point we’re making here is that you’re wrong if you think you can’t afford Microsoft Office.

Unless of course, you can’t afford to spend $8.25 on your business.

In which case, there’s nothing I can really do to help you.

So there you go – at least two other options to get Microsoft Office for your new business.

The idea of buying an older version might not appeal to you.

But that still leaves you with Office 365 as a smart and affordable alternative – although they seem to have recently renamed it to Microsoft 365.

So yeah, don’t download Office without paying for it and especially not when we’ve shown you how you can actually afford it.