What is a VPN?

So, that all sounds very technical, but it’s not really.

Basically, a VPN allows you to send and receive data safely over the public Internet.

The public Internet is your home connection, as provided by your Internet service provider.

Another example is public Wi-Fi hotspots.

A corporate VPN, for example, would allow somebody sitting at home to access their network drives as if they were sat at their desk in work.

The VPNs you can sign up for online allow the same basic function – you can safely send and receive data over the public Internet.

But they also have an additional benefit of providing you with a vastly increased level of online anonymity.

As in, your ISP can’t see what you’re doing online.

And they do that by allowing you to mask your physical location when you’re online e.g. you could be based in Adelaide, Australia, but your computer connects to the Internet via a server in Hamburg, Germany.

How Does a VPN work?

The easiest way to get your head around this is to imagine that you’re driving through a big motorway tunnel, surrounded by lots of other cars driven by random people.

Now imagine that you can push a button inside your car and another private tunnel appears, which your car automatically enters.

And your car stays in that secret, private tunnel until the end of your journey.

That’s basically how a VPN works for transferring data.

But what about the anonymity angle?

Let’s use the same example above.

Except this time your Ford F-150 enters the tunnel with a Wisconsin registration plate, but emerges at the destination disguised as a Volkswagen Passat with a French plate instead.

You know it’s still your Ford F-150 but everyone else sees only the VW Passat.

And not only that but your F-150 actually emerges from the tunnel in France.

Now if you replace all that car and tunnel stuff with binary data and your IP address, then you have a pretty clear picture of how a VPN works.

Your computer can connect to a VPN server in France, even if your Internet service provider is based in South Africa. 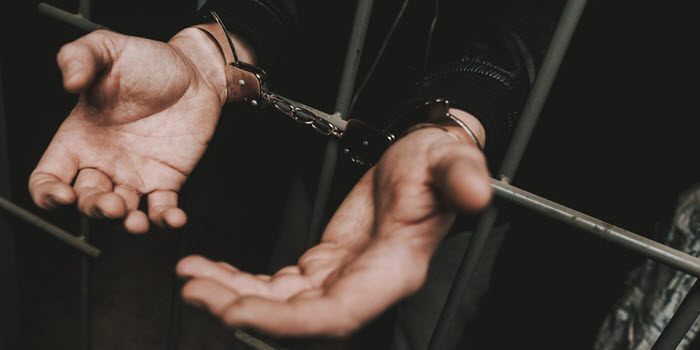 VPNs are entirely legal in pretty much every country in the world.

Years ago, some people might have viewed you as being somewhat shady for using a virtual private network.

After all, if you’re not doing anything illegal then what do you have to hide?

That was until Edward Snowden blew the lid off the idea of inherent privacy when he spilled the beans on PRISM.

But VPNs are illegal or heavily restricted in certain countries, like China, Turkey, North Korea, Belarus, UAE, and Russia.

Which isn’t really surprising when you look at the names on the list.

Is there a situation where using a VPN can be viewed as being illegal?

Well, yes – like if you’re using a VPN to commit a crime, digital or otherwise.

Now, there’s some nuance here – some streaming media companies claim that bypassing their geo-locking is “criminal”.

I call shenanigans on that because they’re charging European customers the same price as US customers for 50% of the content, for example.

That is actually criminal.

Long story short, if you’re using a virtual private network for day-to-day activities then they are 100% legal.

If you’re using a VPN for an obviously illegal purpose, then they are not.

Promises are easy to make – so how can you tell if your VPN is secure?

That’s a good question, and not something you can easily find useful information on.

Mostly because searching for information brings up page after page of reviews, usually telling you that all paid VPNs are great.

They’re not – the sites publishing that crap are just trying to make their affiliate bucks.

Anyway, the first step you can take to make sure your VPN is secure is to never, ever, use a free VPN.

Next up it’s time to look at why a VPN’s privacy policies are more important than what they claim on their sales page, and the features offered by the more secure virtual private networks available to you.

This is an assurance that your virtual private network provider does not keep any logs of your online activities. A worrying number of “safe” VPNs do actually keep logs, and are more than happy to hand them over to any government official who asks for them. This feature should be non-negotiable for you.

Your VPN should keep your physical location masked at all times, hiding your IP address. But if the service isn’t up to scratch, your physical IP can leak out over the Internet.  Most good VPNs do their best to limit or completely prevent IP leaks.

This terminates any programs (or a pre-defined list of programs) that might leak your actual IP address if your VPN connection drops, for whatever reason.

As annoying as this is, TFA (or similar) is going to become mandatory. Two-Factor Authentication basically means you’d need to enter a PIN code of some kind along with your password to access your VPN.

I haven’t seen this covered anywhere else, but I’d show a preference for VPNs that allow you to pay with a cryptocurrency or anything that’s not FIAT currency-based. After all, what’s the point in signing up for a “100% anonymous” virtual private network using an easily traceable debit or credit card with your name all over it?

If your VPN can tick 90% of the above boxes then they’re doing a good job because they’re preventing most of the problems that make a VPN unsafe for extended use.

Because that’s not how technology works.

Like Inception, but with your personal data and identity.

Basically, you’d launch your VPN first and then connect to TOR.

It’s a pain in the ass to run things that way, but your online safety is vastly improved by doing so.

Benefits of using a VPN

So let’s take a look at the many, many reasons why using a VPN is a bloody good idea.

The General Data Protection Regulation was an idiotic move by the European Union. It was designed to provide data protection and privacy for EU citizens (which I am one of), but instead had the effect of Balkanizing the Internet. I can now only access a whole list of US-based websites via a VPN – everything from news to shopping sites.

Which is absolutely ridiculous.

Governments have no right to be snooping into your online activities, unless maybe you plan to hurt people. And even then, they’ll always overreach in what they consider to be “fair” i.e. it won’t be in your favor.

Some streaming media companies do their very best to block you being able to access their full library of content unless you’re living in the United States. A VPN can help you get around that problem, but results vary so you might have to test multiple services to find one that works with your streaming site of choice.

Some countries outright block access to overseas news and media sources because they don’t want their citizens to realize they’re living under an oppressive fascist regime. This type of regional censorship is becoming more and more common, and a VPN is one of the easiest ways around such Orwellian restrictions.

A VPN is one of the safest ways for you to access a public Wi-Fi hot-spot in a hotel or other location without worrying about your data being cached or compromised. If you knew how easy it can be to “hack” personal data over a public Wi-Fi connection you’d stay connected to a VPN from the second you leave your home.

Some cheapskate ISPs will throttle your bandwidth if they see you streaming tons of video or downloading lots of files. A good VPN can hide what content you’re downloading, bypassing your ISPs bandwidth restrictions.

What Are The Disadvantages of a VPN?

So now that we’ve looked at all the ways that a VPN can benefit you, are there any downsides?

Yup, and here they are.

You’re going to have to pay to use a VPN (free VPNs are worthless), so that means budgeting for the extra expense. It’s not a lot of cash, but it all adds up, right?

Most of the time you won’t even notice that you’re connected to a VPN. But sometimes you will because as the number of users hitting a node or server increases, you can experience a noticeably slower connection.

This is probably the biggest disadvantage I can think of – people assuming that because they’re using a VPN that their data and personal information is now completely safe. It’s not. A VPN is only part of the solution.

If VPNs are illegal in your home country, then you’re breaking the law by owning one. But the libertarian in me would always ask what right does any government have to make VPNS illegal? None. So although I’d never encourage people to break the law, I’ll always argue that what you do online is your own damned business, unless you’re planning on harming humans or animals.

What About Free VPNs?

It could actually cost you money.

And that’s because most of the free VPN services have either suffered serious data breaches or are simply data mining companies.

Your online activities are literally being farmed for data and then sold to the highest bidder.

This happens all the time.

Here’s the best way to understand why some companies offer free VPN services – “If you’re not paying for the product, you are the product.” (source)

No business can afford to offer a service free of charge unless they’re getting something in return.

With free VPNs that’s either through displaying ads on your screen, or just selling your data instead.

A paid VPN costs a few bucks per month, so I genuinely don’t get why people who claim to take their data privacy seriously would ever use a free VPN.

Again, if you’re not paying for the product, then you are the product.

And that brings us to the end of our blog post on “What is a VPN”, which actually turned into a way longer article than I’d planned on writing.

But I hope you enjoyed it anyway.

If you’re still wondering whether or not you should use a VPN, the short answer to that is “Yes”.

Why do people use VPNs?

These days more than anything else, people use VPNs to ensure that their online activities remain private and secure.

How much does a VPN Cost?

A VPN can cost anywhere from $3 to $12 per month. But do bear in mind that an expensive VPN doesn’t necessarily mean it’s the best on the market, or even all that secure. The flip side of that is that it costs money to provide VPN servers, etc., so that $3 per month VPN you’re using probably isn’t very secure.

Which VPN is best?

Right now I’m using Private Internet Access because it suits my needs. I won’t say it’s the best VPN out there, but it does the job. Other popular options include Express VPN and Surfshark.

What should you look for in a VPN?

Should I use a VPN on my phone?

Yes, because you’d be horrified at how much of your data is being mined by apps and your mobile provider. Plus, if you’re using a paid VPN you have no reason not to – most of them include coverage for anywhere from 3 to 10 devices with each account.