If you’re anything like me you’ve developed some bad habits in your time.

In my case, it’s about ergonomics and especially when it comes to how I use my mouse.

I have a really bad habit of leaning on the heel of my right palm – flattening it out.

Which obviously caused a lot of pain.

So I spent a few years trying to find the best mousepad with a wrist rest of some kind.

I’ve lost count of the number of them I’ve tried and binned.

But I finally found one that ticks all the boxes for me – the Fellowes Crystal mousepad  – the one with the  gel wrist rest.

Now let me explain why. 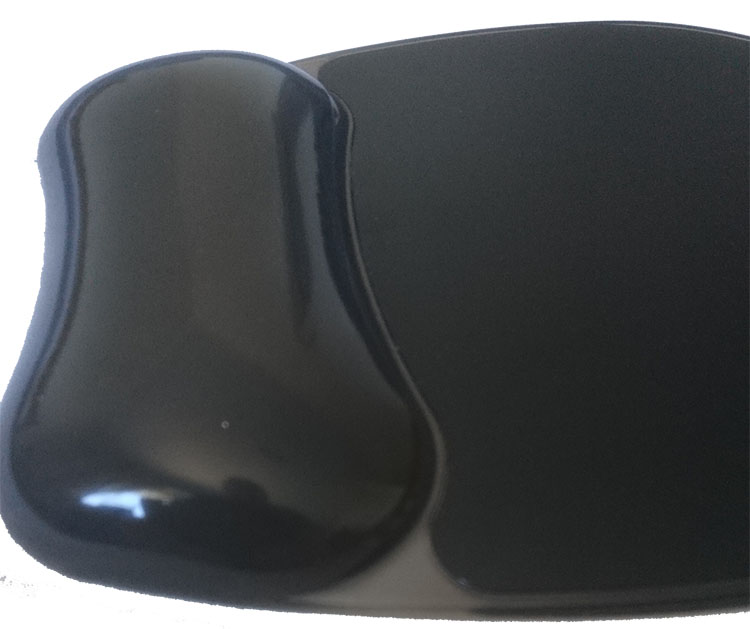 This should go without saying but an ergonomic mousepad should provide consistent wrist support.

Now, the thing is, many of them do…but not for hours on end.

What I found with all the other mousepads I’ve owned is that the wrist support part basically collapses as the day goes on.

So, without realizing it, your wrist is buried in a kind of hollow in the pad.

Then you have to pick it up, shake it out, and kind “fluff” up the gel or foam again to achieve some level of comfort for your hand.

That’s not the case with the Fellowes Crystal – it never deforms and is flexible enough for me to use it for an entire day without suffering any kind of discomfort.

Which is a first in the 40-odd years I’ve used computers.

As important as personal comfort is to me, I also don’t want my mouse jumping around on the screen because of the surface it’s resting on.

So I need my mousemat to be made of something compatible with actually getting some work done.

I’ve never been a fan of gaming mousepads – they’re very accurate but I found them uncomfortable for day-to-day work.

The same goes for fabric mousepads because they tend to feel quite sluggish at times, so you’re left tweaking your mouse speed.

With the Fellowes Crystal you get a textured plastic surface which gives you the best of both worlds – an accurate surface that’s also not going to fade or get stained.

It also looks pretty cool too – I use the black version of this product and it does look very slick.

And it’s proven itself to be extremely accurate even with any optical mouse I use on it. 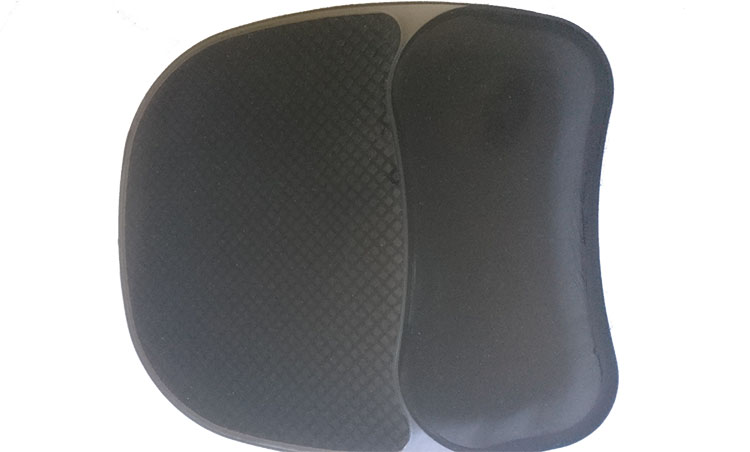 Every other mousepad I’ve owned featured a textured grip on the underside of it.

It was enough to keep it in position as long as you weren’t having a busy day.

But inevitably I’d wind up having to pull it back towards, adjusting everything back to how I like it.

The Fellowes Crystal has a kind of gel coasting on the underside too – it basically sticks to whatever surface you have it on.

And even if it does pick up any dirt or grime, it’s super-easy to clean.

So, this is another feature I love.

This was one of the biggest problems with every other gel mousepad I’ve used – the quality of the gel.

For example, I was given a TeckNet ergonomic mousepad as a Christmas gift.

The gel pad had gone completely flat after no more than 6 month.

And there was no way to revive it.

It actually started to flatten out after just a few weeks of use but I just put up with it.

The Fellowes Crystal has no such issue – the gel self-adjusts the split second you take your hand away from it.

So it basically feels like you’re using a brand new mousepad every single day.

And that makes it a real pleasure to use. 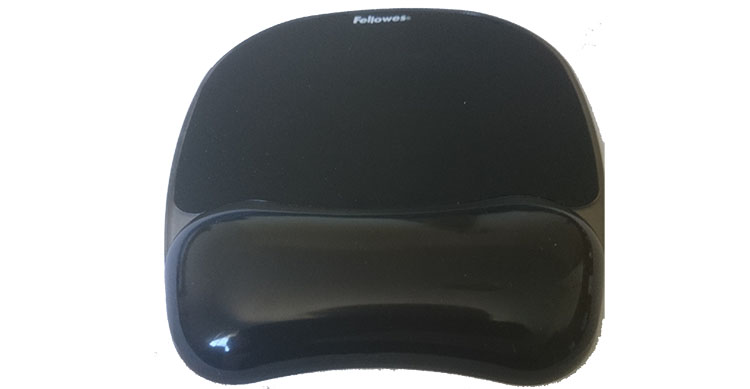 I have a really bad habit (yet another bad habit) of eating snacks and drinking coffee while I’m at my home office desk.

And I’m sure I’m not alone here, right?

But this does mean that my mousepad will inevitably get something spilled on it, and a pretty decent coating of crumbs from chocolate biscuits, etc.

After a few months your prized mouse starts to look like it’s been backpacking around the world, sleeping in the cheapest hostels it could find.

And that means it winds up in your recycling waste.

My Fellowes mousepad, on the other hand, is wipe clean.

Literally give it a wipe of a damp cloth and it looks brand new – and that’s no matter what kind of crud I’ve managed to wipe into it.

Everything from jam to pasta.

Told you I have some bad habits…

As of right now the Fellowes Crystal is everything I want in a mousepad with wrist support.

It’s far superior to similar products that cost half as much, but have thousands of 5-star reviews.

You really do need to watch out for ultra-cheap products with thousands of glowing reviews – most of them are paid for.

Anyways, I’ll update this blog post if my opinion of the Fellowes Crystal changes.

Or I find something even better!

I’ve been a victim of false economics at times over the years.

Like buying a $5 mousepad because the one for $12 or $15 just seemed like too much to spend on something so trivial.

Even though I’d then go through 2 or 3 of the cheaper items in the span of a year or so.

In Ireland we call that being penny wise and pound foolish.

You really do get what you pay for with this stuff, so the extra money spent on a Fellowes mousemat is more than worth it.