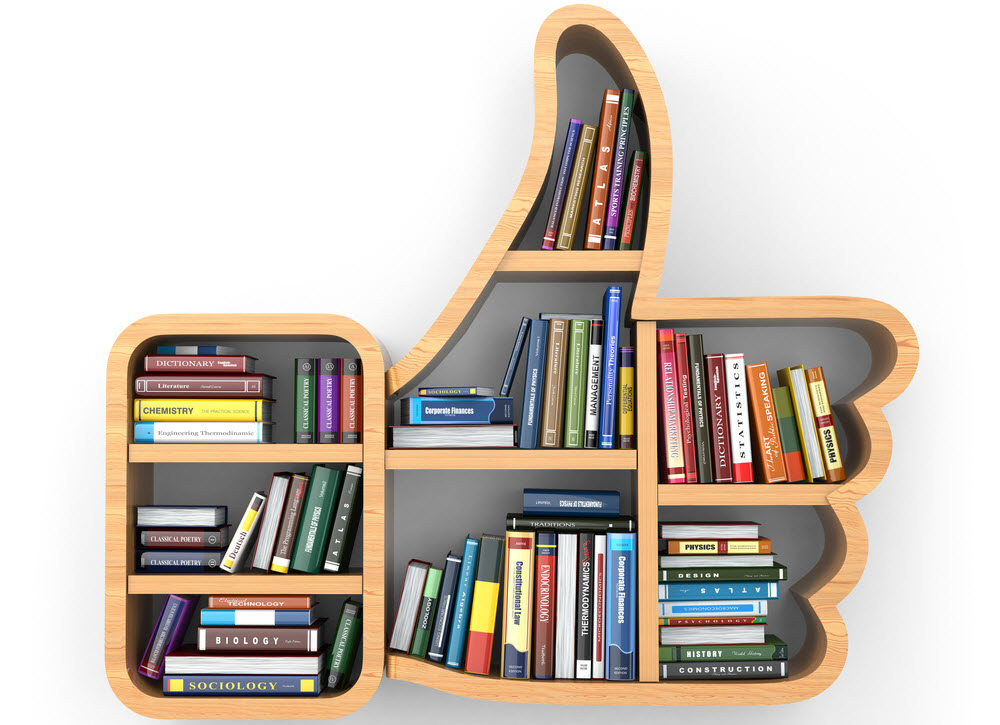 Yes, this blog post is only going to talk about 5 books I think you should read.

After all, how many of you actually read those huge list posts?

I usually lose the will to live by the 35th item.

No, instead I thought it might be cool to share some of my favourite books with you – books I’ve actually read and not just Googled.

Some of them are directly related to the idea of working for yourself, but some are a bit more tangential.

But there’s value to be had in reading each of them.

That’s even if some of these authors aren’t the leading lights they once were.

This was the book that made me realize something very important: the biggest trick the Devil ever played on mankind was convincing them to accept being paid enough to live on, but never enough to truly be free.

But most people never get that.

Instead, you’re forever grateful you’re paid just enough to sustain your lifestyle until you’re too old to work.

And then you retire on less money than you were barely able to survive on when you were younger.

So you get to live out your retirement years living in what is effectively poverty.

This book tells the story of a young boy with two dads: one his rich dad and the other his poor dad

The poor dad (his biological father) is an academic who believes that being educated and working hard is the path to success. His “rich dad” (his friend’s father) is entrepreneurial and understands that it’s very difficult to become financially independent when working for others.

I’d never thought about employment in those terms before, but once I did I couldn’t forget it.

It obsessed me to the point that I couldn’t focus on anything else.

And that, to me, is the sign of an impactful book.

Am I suggesting that you rush out and invest in his other products?

But this book will make you think more carefully about your employment choices, and what type of lifestyle you want to have when you retire.

The 4-Hour Work Week was the book that made that decision concrete.

I’m not even sure where I heard about Tim Ferris’s book, but I’ll never forget reading it.

In it he discusses the various hacks he’d used to build his health supplement business.

How he was struggling to stop this business from destroying his life.

Along the way he discovered the 80/20 Rule (Pareto Principle) and saw “the light”.

Shortly after having a nervous breakdown, he implemented new strategies in his business

And part of that was only spending an hour a week answering email, while automating or outsourcing the rest of his business.

Some people got carried away after reading this.

Everyone was suddenly using “Out of office” error messages for their entire working day.

I never went that far, because typical me, I just took from the book what I needed at that point in time.

This amounted to two lessons:

Tim is a very inspirational writer – he really lights a fire under you.

Just be careful that he doesn’t inspire you to quit your job before you have at least 6 months of living expenses in the bank.

Or in other words, don’t do what I did.

I first heard about Cal Newport through YouTube, specifically his TedEx talk about something called “deep work”.

The first thing you’ll notice about Cal is how unassuming he is. There’s none of the bravado or slick Willy stuff you get with some other TED speakers.

His talk was actually titled “Quit social media” but the core idea was the same: you can only achieve real results when you’re working without distraction.

This is something he calls deliberate practice.

Or focusing with 100% intent on one thing at a time.

In his examples of deliberate practice he shows real-world cases where people achieved amazing things by doing this.

Like the salesman who taught himself how to code to a professional level by locking himself in a room and using flash cards.

Basically, this book breaks down how productive people actually are each day, considering the non-stop interruptions people have.

Like emails, people dropping by your desk, phone calls, and being addicted to social media.

So the truth is that people aren’t that productive at all.

And for entrepreneurs, this is why you wind up “working” 14 hours each day.

Except you’re not actually working for those 14 hours.

In fact, at least 50% of the time you’re engaged in “surface” work like checking emails, listening to podcasts, etc.

So his message is a simple one: Eliminate all distractions and focus on what you’re doing.

But it’s how he delivers that message that will make you sit up and pay attention.

This is a great read for anyone who wants a better understanding of how to be productive.

To make those kinds of changes and advancements in your career or business that could change your life.

If you’re already working for yourself (or remotely) I’d suggest reading this before anything else on this list.

We live in a time where people get trophies just for showing up.

The focus isn’t on encouraging people to be the best person they can, but to reward people for being mediocre.

The message is, “…don’t try harder…we’ll just level the playing field to suit you.”

Mark Manson takes no truck with that shit, and I agree with him.

Life is tough, and there are far too many things to give a fuck about.

Not all of these things are worthy of your fucks.

Yes, this book is irreverent, but it’s also very practical.

Mark takes you through his own journey of self-realization, and it’s a real eye opened. There were some definite “Eureka!” moments in there for me.

The audiobook version of this is excellent – the voice actor is so good I wound up laughing in public at several points.

So if you want to figure out what matters in life, and what doesn’t, then this particular book is a great place to start.

Because when it comes down to it life is shit but, “…the point isn’t to avoid the shit but to only deal with the shit you care about.”

Did this have any impact on my life?

Yes, because I’ve learned to not let other people’s drama interfere with my day – not my zoo, not my monkeys, as it were.

I’ve become a stoic, and almost entirely without really trying that hard at all.

You might not realize it at first, but there’s a lot of emotional and psychological healing to be had in this book.

You can find Mark’s blog here.

And finally we have another book by Cal Newport.

I’m really starting to sound like some kind of super-fan, aren’t I?

Well in a way I am, because Cal shows what’s possible when you actually apply yourself to a task.

And his work methodologies combined with Mark Manson’s stoicism, for me are the perfect match.

So what is “Digital Minimalism” about?

It’s no secret that people are literally addicted to their smartphones. And it’s not just a case of it interfering with your 9-5 job.

We’re seeing kids and teenagers who literally feel they can’t survive without their phones.

The best example of this is a recent article in an Irish newspaper (I’m Irish so…there), about how new recruits to the Irish Naval Service are quitting the armed forces because they can’t use their phones while at sea.

So the people who are being paid to defend their countries are so addicted to their phones that they pack in their career.

That means our constant state of connectedness to multiple sources of input (mostly crap) is doing us more harm than good.

Digital Minimalism follows the same format as “Deep Work” in that Cal interviewed and/or analyzed people who have figured out a way to either eliminate or drastically reduce their reliance on digital communication.

It can be something as simple as just removing all social media apps from your phone, and replacing them with something else.

Which is what I did, and I swear to God it’s one of the best things I’ve ever done.

I no longer check Facebook the split second I wake up. And instead of checking it every 5 minutes on my phone (a distraction from my “deep work”) I now only check it on my desktop computer.

So when I’m away from the PC I am disconnected from everything except email, Slack and WhatsApp.

I now read or listen to an average of an extra 40 books per year.

And that’s without refining the process further (less distractions), so my goal for next year is an extra 60 books.

So, yeah, you absolutely do need to read “Digital Minimalism” – you’ll get a big chunk of your life back.

And that brings us to the end of this blog post on the books every entrepreneur should read.

There’s a little bit of overlap with some of them, but they all inspired me in their own way to forge my own path in life.

Working for yourself isn’t for everyone, but if it’s even a tiny spark of interest related to it inside you, then you owe it to yourself to read these books.